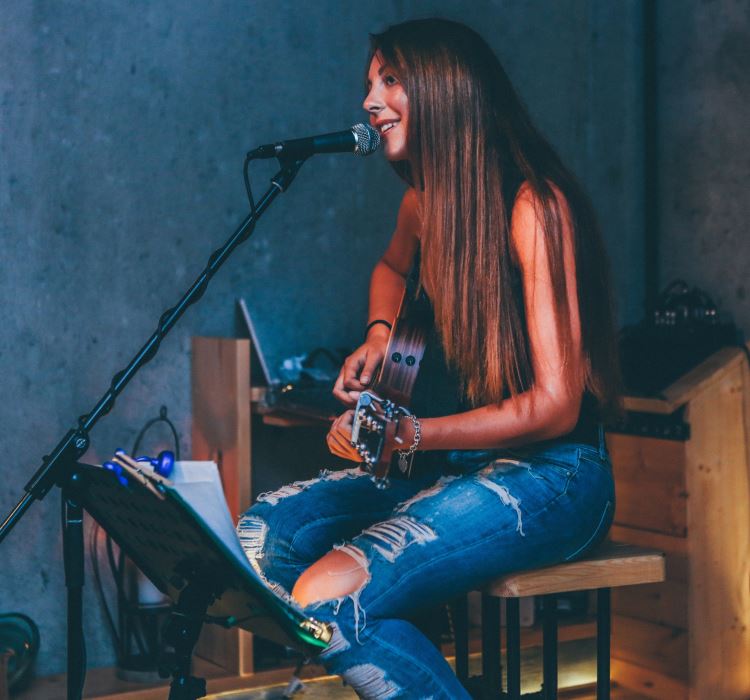 Alisha is a 20-year-old aspiring pop singer with big dreams. Her passion for music dates as back as when she was only 6 years old and heard Spice Girls for the first time. Since then, she has been attending singing lessons with music teacher Sarah Fulham, who is still teaching in Liverpool’s Fazakerley High School. Alisha started writing lyrics and music when she was 10. At the age of 13, she joined local high-school band Paparazzi, with whom she performed at school parties and charity events. The band has had some gigs in local teenager-attended bars but that was it. After high-school, Alisha realised she wanted a solo career and started looking for an opportunity to achieve her dream of becoming a pop singer. Black Hand’s Brit Williams discovered Alisha last year, at a karaoke bar in the Baltic Triangle neighbourhood, where she was singing Adelle’s “Someone Like You” song together with friends. Williams was immediately stuck by her strong yet tender voice, as well as by her vocal self-control. That night, he managed to hand her his card and the next day, Alisha was already in the labels studio, discussing her dreams for a music career with the team. Today, Alisha no longer talks about dreams. Thanks to Black Hand and her passion, all dreams have turned into plans. 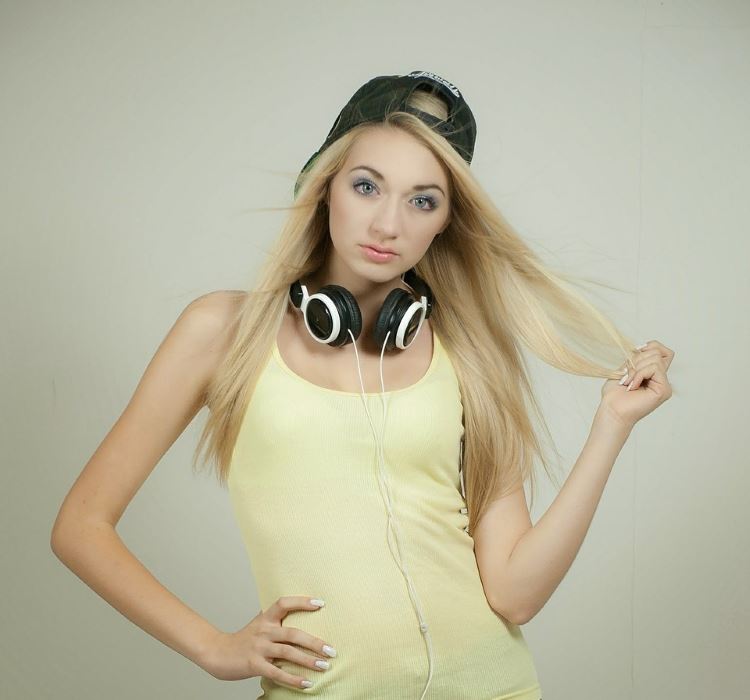 Tia is one of Liverpool’s underground favourites. A 26-year-old DJ, Tia has remarkably refined mixing skills. Her name became popular in Liverpool’s DJ scene in 2008 when she was only 17. Thanks to her Dublin-born father’s love of rave music, she has been exposed to the house music genre at a very young age and has been in love with it since. Currently, she is the lead DJ at Merseyside’s RUBIX nightclub. Crowds love her music so much that they have been asking her to record her sets so they can buy them. Tia met Black Hand Records’ team when she was looking for a studio to get her mixes recorded. After booking Black Hand’s studio and getting her first mix recorded, the label offered to release her first single. There was no need of Tia signing with Black Hand. The label just wanted to popularize her music. This is how Transition, which was released just on time for last year’s Cassette Store Day, came to life. Since then, Black Hand have been more than a family for Tia. They are currently working on the release of her third single, Morose. For Tia, having recorded DJ mixes with cassette-only label Black Hand Records is the best thing that could have happened to her. She describes the concept of listening house music on a tape and having your morning coffee with a splash of Whiskey: “Fits my Irish origin perfectly!” 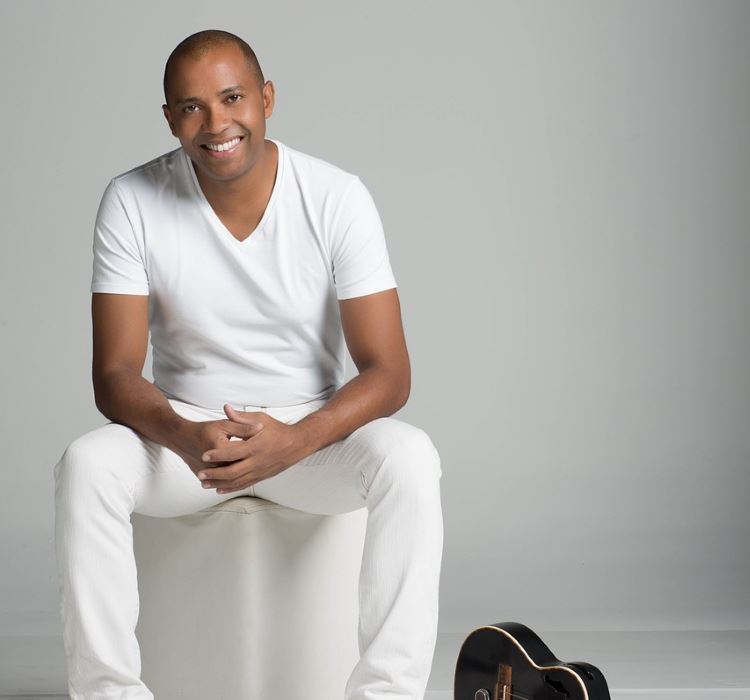 Joshua is a 29-year-old jazz singer, inspired by genre’s classic names, such as George Benson, Billie Eckstine, Dean Martin, as well as some newer jazz gems, such as Kit Downes, Remi Harris and José James. Joshua started his music career five years ago. His first performance was at his aunt Marsha’s wedding day. Impressed, one of the guests invited Joshua to perform at a corporate party and that’s how it all started. Being on his own, Joshua has managed to get some gigs in local casinos and small sports events. However, he released his first single, Mama’s Boy, last year via Black Hand Records. The label discovered Joshua in March 2016, at a charity football game between the teams of Southport and Tranmere Rovers. While jazz is commonly regarded as a varied and complex genre of music for the acquired taste, Joshua’s singing is infectiously atmospheric, Black Hand’s Brit Williams says. Currently, Black Hand and Joshua are working on a new project – a collaboration between the singer and Liverpool trip-hop band Mooners. Mixing trip-hop’s trance-like beats with Joshua’s hip improvisations will likely give birth to a hybrid but smashingly attractive track, the team believes. Joshua is excited about the project: “First, I was skeptical but I had full-hearted trust in Black Hand. Now, after hearing Mooners, I know the single is going to be a killer”. 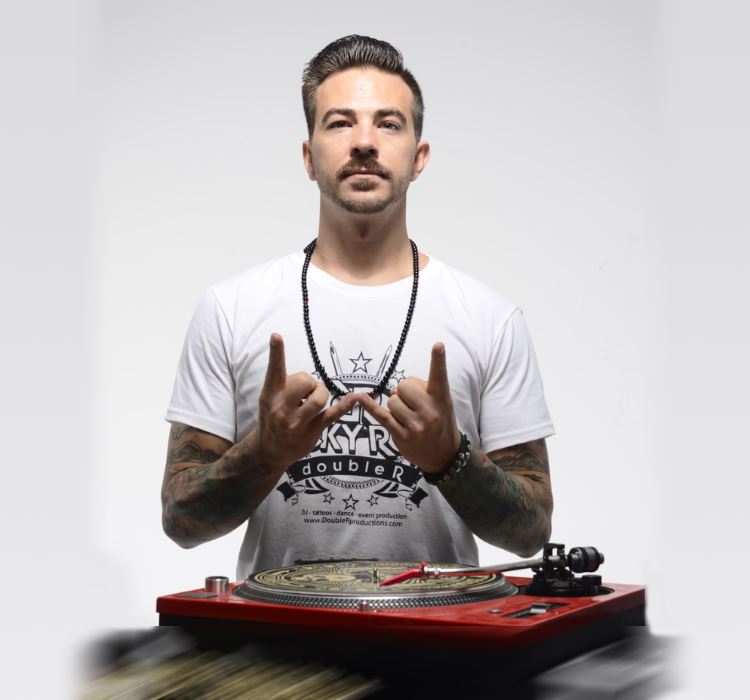 Lucas is a 28-year-old DJ. He was born in Manchester but moved to Liverpool with his family when he was 10. After attending several schools and dropping out of high school at the age of 16, Lucas became fully devoted to music. He has been recording his mixes at Black Hand’s studio for five years already. Something was always missing, however. Now, Lucas is seeking collaborations with pop singers. “I want my music to tell stories, to leave a mark”, he says. According to him, a pop singer’s voice will add just what has been missing to make his music complete. Black Hand has offered to release his tracks before, but Lucas has been reluctant. Now that he is aimed at making voice-enriched music, he is finally ready for the big public. Currently, Lucas is working on his first single together with another Black Hand-discovered gem, Arabella Johnson. The release is planned for next year’s Cassette Store Days, with gigs at several local venues. While Lucas and Black Hand are keeping the details of the track secret, they are sure it is going to attract the due attention.

Lucas’ mixes are powerful and rich. Combined with Arabella’s touching deep voice, the result will be one of a kind
Brit Williams